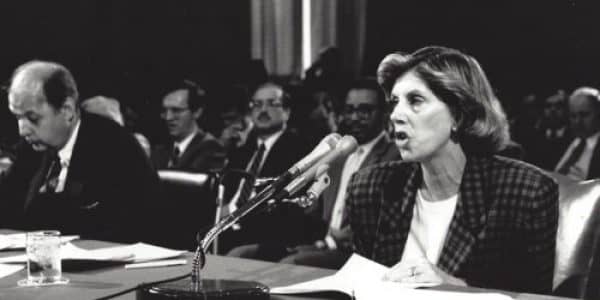 The Brady Campaign is one of America’s oldest and biggest nonpartisan organizations with the goal of ending the gun violence epidemic in the United States. Founded in 1974, their programs have lead the fight against domestic violence, family fire, and mass shootings in the United States. Thanks to Brady, gun background checks were made mandatory by law with the Brady Bill, passed by President Bill Clinton in 1993. Today, Brady continues to advocate for the adoption of common-sense gun laws across America’s political divides.

What Their Goals Were

Brady’s goal was to increase the number of visits to their website through Google Ads. Like many nonprofits, a major element of their marketing objective was to “get the word out there” and increase digital engagement with their website content. While their organic ranking was healthy, Brady was looking for a boost in order to gain a competitive edge on Google’s search engine results pages (SERPs) and get the online traffic rates they needed to improve their digital readership.

I’ve been impressed with ConnectAd’s ability to take a complicated situation, like America’s gun violence epidemic, and drill down to terms that people are using in their searches. It’s difficult because of certain [Google restrictions] around using the word ‘gun’ or ‘shooting’, but the team at ConnectAd know how to navigate those challenges so we can direct people to our resources. By being able to adjust ongoing campaigns so quickly, it makes us a more publicly accessible source of information. I would absolutely recommend their services!”
Cordy Galligan
VP Communications, Brady

We started with advanced keyword research to identify terms and phrases that were most relevant to Brady’s mission. Since building awareness was Brady’s main marketing goal, we focused on search terms that indicated a user was in the information-seeking stage of their user journey. Being mindful of Google’s restrictions on ‘sensitive’ or ‘controversial’ topics, we used several keyword research tools to get the most accurate and up-to-date picture for search volume trends, and came up with a list of keywords that were both creative and compliant.

Our next objective was to build out a campaign that would not only generate impressions but effectively guide our audience to Brady’s website. We did this by organizing our target keywords into niche ad groups to ensure each user would see an ad that was as relevant as possible to their search. We decided to use one of Google’s automated strategies for the campaign’s bidding model to ensure the optimal bid was set each time our ads were shown.

The following step was to create ad variations with strategic headlines and clear calls-to-action that encouraged users to learn more about Brady’s cause. We incorporated our target keywords into the headlines, descriptions, and URL paths of the ads to increase relevance and obtain a higher SERP ranking for queries containing those keywords.

Since increasing readership was Brady’s goal, it was important that our ad copy truthfully and accurately reflected the information that could be found on Brady’s website. When users are misled by ad copy, they are more likely to leave the site immediately, resulting in a high bounce rate. We prioritized transparency to ensure a healthy bounce rate and boost Brady’s landing page experience to an above average score.

Since teaming up with ConnectAd in 2018, Brady’s website has seen a 21% increase in first-time visitors and their pages have been viewed over 96,000 times—an 82% difference in traffic. That’s huge. What is a nonprofit without digital advocacy? User engagement is a key performance indicator that measures the success of Brady’s digital outreach strategy. Data from our conversion analytics has shown a yearly increase in the user interaction rate with Brady’s online advocacy forms. In addition, the bounce rate decreased by nearly 43%. This is proof that not only are more new users finding Brady’s website, but they are staying and interacting with multiple pages. Educational and informative content is a key asset to Brady’s advocacy strategy. With our Google Ads campaigns, we’ve seen readership of these pages increase dramatically.
With a specialized Google Ads strategy, Brady was able to tangibly increase their online performance and extend the reach of their digital advocacy.

Read Our Other Case Studies 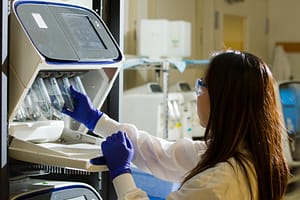 About The Nonprofit BC Cancer Foundation is the fundraising partner of BC Cancer, an organization that provides cancer care and

About The Nonprofit The Epilepsy Foundation of Greater Chicago is an Illinois-based nonprofit organization that serves 43 counties, offering counseling,

What is a conversion?

A conversion is defined as any action a user takes on your website that you deem valuable. For some, this is a donation, for others it’s a registration.

Tracking conversions is essential to the success of any digital marketing effort. If you don’t understand what actions are leading to growing your impact, you can’t effectively make the right decision to optimize for them.

How we track conversions

Our team will install and implement platforms such as Google Tag Manager and Google Analytics to track and assess these metrics. Our best practices with this valuable data enables us to optimally manage your account.

Each one of our clients is matched with a Dedicated Account Manager (AM), who is both your digital marketing expert and main point-of-contact.

What is their expertise?

Upon joining ConnectAd, all AMs go through an extensive training & certification program before managing nonprofit accounts. Additionally, AMs go through further training each week as part of our culture of learning so that they can continue to develop their skill set.

As a result, AMs become proficient in multiple areas of digital marketing to the benefit of our clients.

A $499 Application Setup Fee May Apply

Before you apply for the Google Ad Grant, nonprofits require:

If you have both of the above, we will waive the $499 setup fee and complete the rest of the Google Ad Grants application process of your behalf.